Breaking the Cycle – Issue 2: It Starts with Us 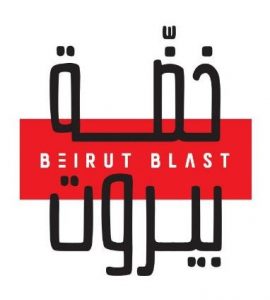 Breaking the Cycle – Issue 2: It Starts with Us

On September 21st 2020, the Lebanese President Michel Aoun informed the public in a press conference that unless a government is formed soon, “we are on our way to hell.” A wave of anxiety spread across the nation turning last Monday into an even more stressful day than the usual. “I wish I never had kids,” one friend said. “How are we supposed to sleep at night knowing we are on a free fall to hell?” asked another.

Acknowledging the political decadence and complexities in Lebanon and the loss of morale amongst its people, Khaddit Beirut refuses to succumb to the doomsday scenarios circulated by the political elite. Khaddit Beirut will intervene where it can to make people’s lives a little better, especially in the communities most affected by the explosion of August 4th.

On that same Monday at 7:00 pm, Khaddit Beirut held its regular General Assembly to discuss progress, share updates, and propose new ideas. In spite of all odds, we ended the meeting at a high note empowered and inspired by the sense of collective purpose and commitment to working together and making a difference. Khaddit Beirut, a national initiative, is a platform for social, scientific, and political exchange and activism. Our initiatives are evidence-based, community-led, and locally-driven. We are a small group of activists and scholars of various disciplines, who made the choice to share moments of anger, cross the boundaries of our disciplines, and work together to impact the most affected neighborhoods.

However, Khaddit Beirut, other local and national initiatives, NGOs, and international agencies should not and cannot replace the role of the state. We at Khaddit Beirut will not absolve the state of its responsibilities and will continue to hold politicians and government officials accountable for their work. We will also invite competent civil servants to work with us and promote and advocate for an alternative way of managing the public sector—a step towards breaking the cycle of prevalent corruption and incompetence that has been the norm for Lebanese governments for many decades.

The current issue of “Breaking the Cycle” advocates for institutional mechanisms of accountability. We focus on two institutional challenges:

The Parliament is supposed to be the voice of people, a space for the deliberation of laws and regulations, and the forum to hold the executive arm of the state accountable. However, over the years and more so recently it has become the weakest link in the state. It has been transformed into a rubberstamp institution that votes on and approves decisions “cooked” entirely outside its hallways. Deliberations of issues and the voting record of each member of the parliament are not accessible to the public. This is the time to hold our parliamentarians accountable to their electorate and demand that they legislate mechanisms for transparency and good governance. Members of Parliament are entrusted to manage public affairs and resources to ensure human rights through the rule of law, participatory decision-making, transparency, and accountability. This is at the heart of good governance and very far removed from the actual role Lebanese parliamentarians play.

The people of Lebanon cannot afford more bickering over ministries. It is time to demand a government that values inter-ministerial collaboration and cooperation and work in unity to serve the people especially those in utmost need. The debate on the value of ministries and number of ministers serves no one but the agenda of sectarian political parties. The focus of the debate should shift towards needed expertise and how the work of the different ministries should feed into each other and build on one another. The distribution of ministries based on political affiliation is a recipe for failure and competition over scarce resources.

We are not just dreamers at Khaddit Beirut – we are doers and know that we are not alone. Together we have to break the cycle of despair and passivity. If not now in the wake of the horrible disaster of August 4, then when? Collectively, we can impact a change by adopting a trans-disciplinary and locally-led approach to community work, while demanding institutional accountability and inter-ministerial collaboration. To serve people who are vulnerable and need aid the most, we need cooperation and work in unity rather than polarization and empty promises. We need to start by refocusing the conversation on what matters: people’s health and livelihoods. Any cabinet that does not put this at its heart is doomed to fail. We refuse to be taken to “hell” and stand together to offer an alternative on how to conduct relief efforts, work with the people that need it most, and demand institutional change.